While summer may be over for you and your family, we are currently in the remaining months of the summer season and there are still some hazards you need to be on the lookout for! 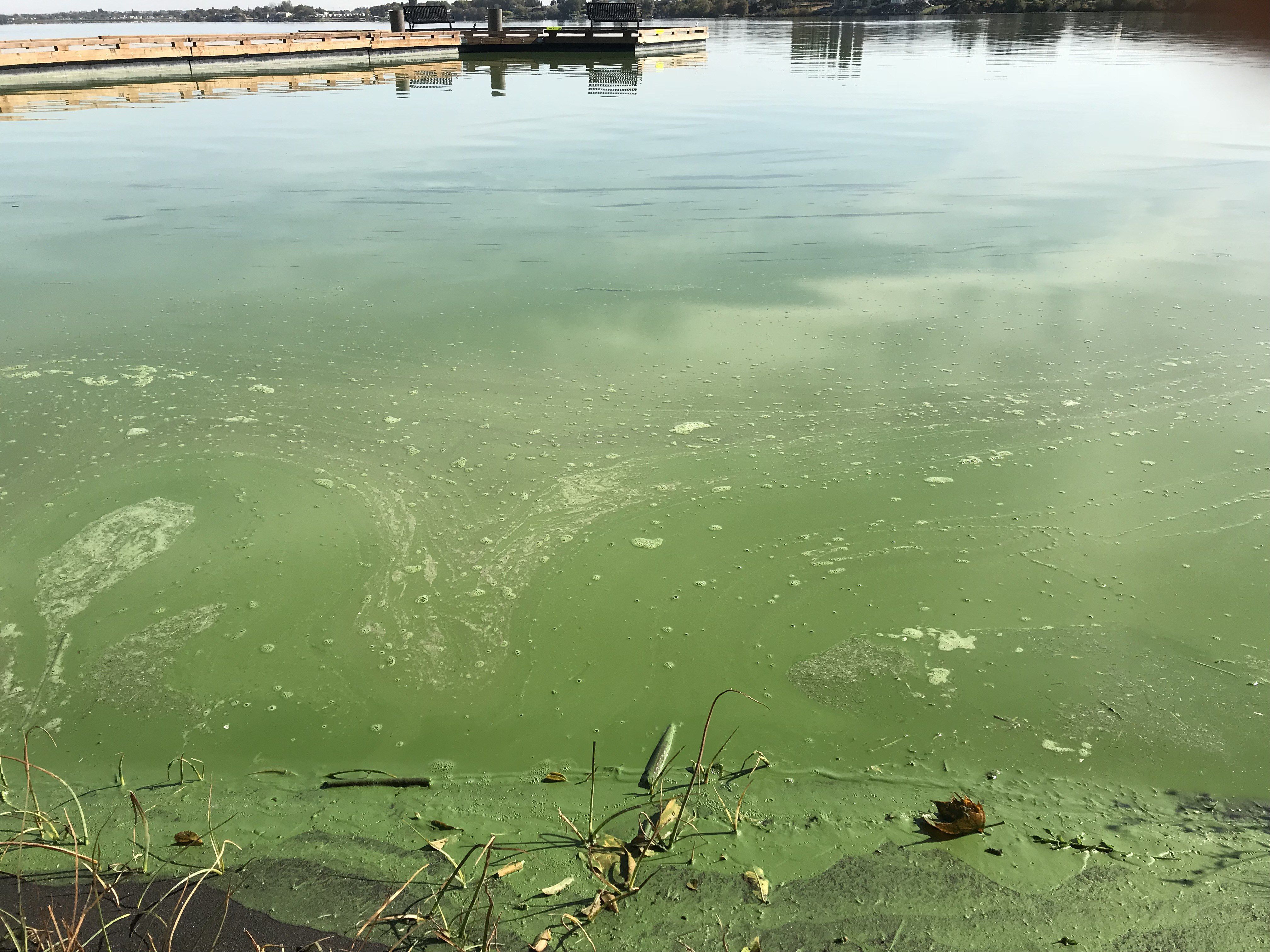 It’s actually a bacteria called cyanobacteria and when it spreads in a body of water it can produce a blue-green color in the water or the kind of thick, green layer that has the appearance of “pea soup.” It’s most common in non-flowing freshwater: Think ponds and lakes, rather than rivers and creeks. But remember, rivers and creeks can also often sit still and give rise to the algae and it is highly toxic to dogs and other animals. The more obvious symptoms include sudden vomiting, diarrhea, and seizures. Dogs who’ve ingested the algae will also likely appear weak and disoriented, and probably will have difficulty breathing. It can eventually cause liver poisoning. Blue-green algae attacks a dog’s liver and causes it to shut down, which is fatal in these cases. There’s no known antidote to the toxins, so typically the only chance you have is to get to a vet who can flush the toxins quickly, usually by induced vomiting. But the chances of success with treatment that are still slim.

The only sure thing is to avoid algae ridden areas entirely. Our doctors' advice – if there is algae present, or it even seems like algae might be present, don’t take the risk.

According to the American Veterinary Medical Association (AVMA), every year, hundreds of pets die from heat exhaustion because they are left in parked vehicles. We've heard the excuses: "Oh, it will just be a few minutes while I go into the store," or "But I cracked the windows..." These excuses don't amount to much if your pet becomes seriously ill or dies from being left in a vehicle. The temperature inside your vehicle can rise almost 20 degrees in just 10 minutes. In 20 minutes, it can rise almost 30 degrees, and the longer you wait, the higher it goes. At 60 minutes, the temperature in your vehicle can be more than 40 degrees higher than the outside temperature. Even on a 70-degree day, that's 110 degrees inside your vehicle. Your vehicle can quickly reach a temperature that puts your pet at risk of serious illness and even death, even on a day that doesn't seem hot to you. And cracking the windows makes no difference. An independent study showed that the interior temperature of vehicles parked in outside temperatures ranging from 72 to 96º F rose steadily as time increased. Another study performed by the Office of Public Health found that the temperatures in a dark sedan as well as a light gray minivan parked on a hot, but partly cloudy day, exceeded 125 degrees within 20 minutes.

The team here at Church Ranch is here to help keep your pet safe! If you have any additional questions about the safety tips above, please give our office a call at 303-469-7387 or request an appointment below.

By accepting you will be accessing a service provided by a third-party external to https://veterinarianwestminsterco.com/ World Rabies Day
What is rabies? Rabies is a deadly disease caused by a virus that attacks the ne...
343 Hits
Read More
18 February 2020 Welcome to Church Ranch Veterinary Center
Located in the beautiful city of Westminster, Colorado, we are devoted to provid...
309 Hits
Read More

If you’re looking for excellent customer service and a trustworthy veterinarian in Westminster,

Church Ranch Veterinary Center
is the place to be.

Check out our app, Yourgi
Request an Appointment